Flowing from Bulgaria to the Aegean Sea the River Evros forms a natural border between Greece and Turkey. The river is sprinkled with small islands formed when the waters recede after floods.  During the summertime the larger islands are visible from Kastanies in northern Greece and Edirne in northwestern Turkey.  At this time of year the water separating these cities is just one or two metres deep. At night the shallow waters and islands provide a lifeline for the irregular migrants and asylum seekers using the river as a passage into Europe.

Despite the river’s relative calm, many drown attempting to cross. This summer Edak, a Turkish volunteer search and rescue group based in Edirne, retrieved dead bodies at a rate of one or two a day; mostly refugees.

The danger posed by the Evros has always represented a barrier to those seeking asylum in the EU. But this year the tide of migrants fleeing the ongoing conflict in Syria faces a new barrier; sources say that the overwhelmed Greek and EU border forces are resorting to pushing asylum seekers back across the border. 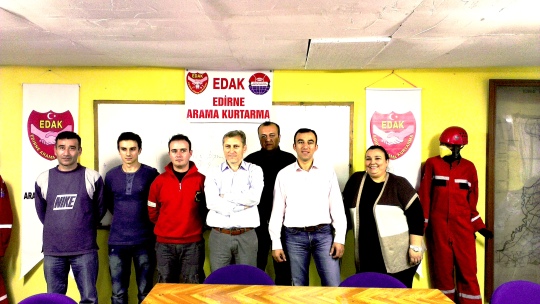 I met Edak Search & Rescue team at their office in Edirne, Turkey. The group was set up to help rescue teams struggling to cope after the Turkish earthquake in 1999, which killed tens of thousands of people.
In the mid-2000s the group faced another crisis – large groups of migrants and refugees trying to cross the River Evros in flimsy plastic boats. They rescue hundreds of people, but also regularly find dead bodies. They reckon 99% of the dead are refugees.

What do you think? Cancel reply

This site uses Akismet to reduce spam. Learn how your comment data is processed.